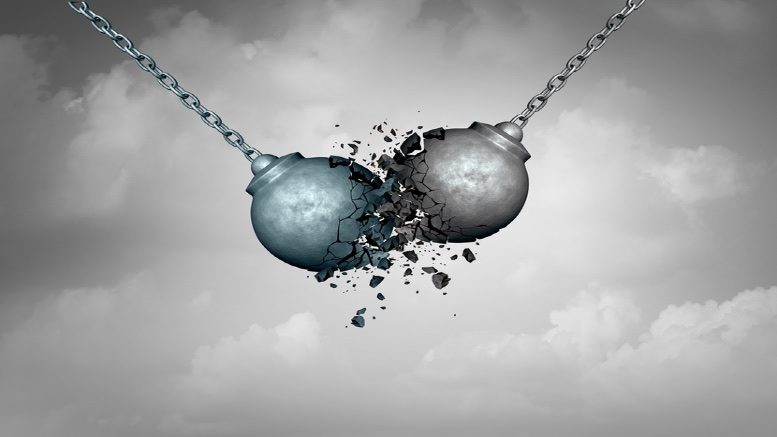 When liquidators get punted by creditors who then block payment of their unpaid fees, you know that the change of appointees represents not so much an end but a beginning.

For Hall Chadwick’s Richard Albarran and Richard Lawrence, their role switched to that of the out-of-pocket ex-liquidators of Tauro Capital at a meeting of the company’s creditors on October 12, 2020.

The meeting was convened pursuant to Schedule 2 – Insolvency Practice Schedule (Corporations) (“IPS”) Section 75-15(1) so creditors packing at least 25 per cent of the value of claims were prepared to pay the costs of convening the meeting and appointing replacements just to see the incumbents gone.

Despite the best efforts of Lawrence as chair, creditors resolved to replace him and Albarran with PKF’s Paul Allen and Jason Stone, the vote coming four months after creditors rejected a compromise proposed by Tauro director Simon Ward, who’d offered $150,000 in exchange for creditors agreeing to relinquish claims for the $1.6 million Ward owed via his loan account.

Lawrence and Albarran had recommended the proposal and Ward had placed $150,000 into Hall Chadwick’s trust account pending the creditors’ anticipated acceptance.

Its rejection was comprehensive and set in train the events that led to the Hall Chadwick pair being ousted. But the $150,000 stayed where it was.

More than a year passed and in December 2021 Allen presided over another meeting of creditors.

This time the agenda was dominated by resolutions to approve or reject payment of the liquidators’ claims for remuneration and those of the former liquidators. No prizes for guessing whose were refused.

Then in February of this year Allen and Stone inked a more substantial compromise, one that’ll see Ward tip in $900,000 in exchange for extinguishment of the claims against him.

Part of the deal however requires that the $150,000 held in Hall Chadwick’s trust account is released for inclusion in the compromise fund.

iNO has learned that Albarran and Lawrence are unwilling to see those monies escape their clutches while their claims for $273,000 in remuneration and expenses remain unsatisfied.

They are asserting a right to a statutory lien over the money in trust. Allen and Stone have told them that it’s their view that they created the compromise fund and it must be released to them.

Stalemate prevails and just to add to the friction, Lawrence and Albarran have told the incumbents that they are about to make application to the courts for approval of their fees.

Given the dim view some Tauro creditors have of the Hall Chadwick pair’s time as liquidators, commencing such proceedings would upend a keg of leeches for the court’s edification.