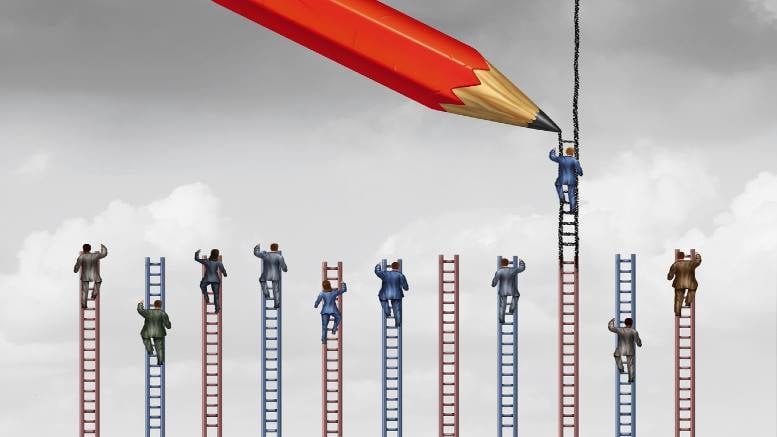 Towards the end of the hearing of a liquidator removal application yesterday, the presiding judge mused that whilst he was unlikely to find that GS Andrews Advisory principal Greg Andrews has demonstrated bias as liquidator of Candlebrush Investments Pty Ltd (Candlebrush), he might remove him anyway.

The judicial contemplations were uttered by NSW Supreme Court judge Ashley Black after his honour had spent much of the day listening to Andrews being cross-examined as part of an application brought by the directors and related party creditors of Candlebrush for orders that Andrews be removed on the basis of bias.

“The issue I have raised is not intended to be a criticism of Mr Andrews and it may be that this is not the right matter for Mr Andrew given his skills base and experience.” Justice Ashley Black

The Cor Cordis duo were appointed liquidators via a resolution of creditors in March 2018, 11 months after Candlebrush’s shareholders – Palavidis and Fatteretto – paid themselves $7 million in dividends generated from the development and sale of units in an apartment building at 74 Queen Street Melbourne.

The completion of the development 10 years ago however was accompanied by the conceiving of a dispute between the directors and Melbourne property player Daniel Kolomanski, who had been engaged to provide unspecified consulting services to Candlebrush in exchange for payment of an hourly rate and, according to Kolomanski, a success fee comprising 3 per cent of gross sale proceeds.

The court heard that the success fee had been negotiated verbally and that Kolomanski had commenced proceedings to recover it in the Supreme Court of Victoria but the company was wound up and Tang and Kassem appointed liquidators with finalisation of those proceedings still pending.

Kolomanski made a claim in the liquidation for more than $5.5 million but according to the Minutes of meeting first chaired by Tang in late January 2020 and subsequently adjourned, the claim was contingent, an indication perhaps of the difficulty of proving the existence of the purported verbally agreed success fee.

The meeting had been called to consider Kolomanski’s resolution that Tang and Kassem be replaced and by this time Kolomanski had been in intermittent contact with Andrews for some 14 months but Candlebrush’s directors and related party creditors were implacably opposed to any admission of Kolomanski’s claim, even on a reduced basis for voting purposes.

With Paradise Charnock O’Brien partner Peter Paradise acting for them the Candlebrush directors told Tang there’d be no quorum at the reconvened meeting scheduled for February 18, 2020, and as the record shows, they were right. But Kolomanski wasn’t giving up.

The day after Tang adjourned for want of a quorum Kolomanski commenced proceedings against the Cor Cordis couple seeking their removal based on alleged misconduct, the appointment of Andrews as their replacement and his costs.

Tang and Kassem indicated to creditors that they would defend any such proceedings but within two weeks that resolve evaporated. On March 6 2020 the Supreme Court of Victoria made orders by consent appointing Andrews liquidator of Candlebrush.

Unfortunately for Andrews, at the end of a long afternoon yesterday being cross examined by the applicant’s counsel Daniel Krochmalik, he was then put to question by the judge, who made the following inquiries.

What evidence was available to him to establish the insolvency of Candlebrush and what was the basis for his view that Kolomanski was a contingent creditor?

Andrews’ subsequent responses were so vague and so lacking in rigour however that the judge formed the view that removal might be required even though applicants had failed to convince him, on his preliminary view, that Andrews was biased.

Mr Andrews does not have any adequate understanding of the logical basis of the claims he is proposing to bring,” his honour said.

“I am faced with the oddity that Mr Andrews appears to disregard them and hope that they will resolve themselves.

“The issue I have raised is not intended to be a criticism of Mr Andrews and it may be that this is not the right matter for Mr Andrew given his skills base and experience,” the judge said.

iNO readers guessing the appointment either of a third liquidator or a special purpose liquidator is imminent should expect no prizes. iNO Priority commences from July 1 – Secure your Priority today