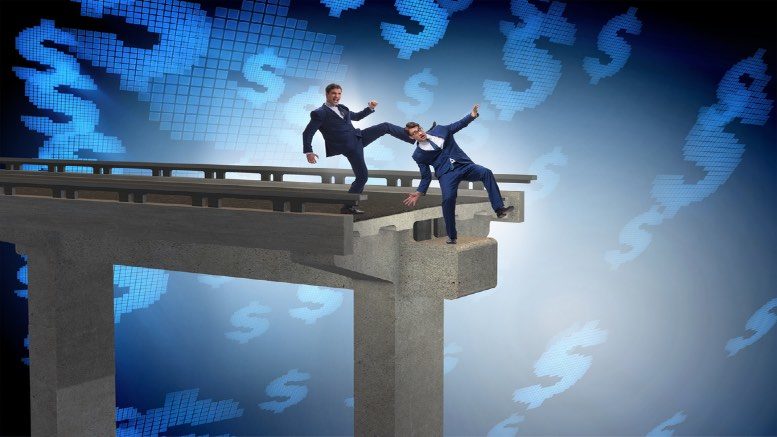 A prominent Sydney trustee is defending an application for a conduct inquiry brought by a bankrupt who claims the trustee concealed from creditors his knowledge of more than $500,000 in a Westpac Bank account.

The application – brought in the Federal Court by ex-Payless Entertainment CEO Mark Andrew Hurdis of Neutral Bay – alleges deceit and misconduct by the trustee in relation to himself and former bankrupt Adam Anthony Coombs of Glenorie, who is named as second respondent.

The object of the allegations and first respondent, Jones Partners co-founder Michael Jones gave them short shrift when iNO rang.

“I deny them, I deny them completely,” Jones said yesterday, adding that Hurdis’s lawyer Trevor Hall used to work for him and probably didn’t like it when he went after the people whom Hall had referred to him.

“The claims made by Mr Hurdis in the FCA are denied and I will be vigorously defending the proceedings,” he said.

“I have at all times discharged my obligations as trustee in accordance with my professional and ethical obligations. As the proceedings are before the Court I am otherwise unable to comment,” Jones said.

Hurdis commenced the proceedings in February of this year. They come some three months after Jones commenced his own proceedings against Hurdis’ wife, clinical psychologist Frances Jennifer Chua.

According to the pleadings lodged with the Federal Court Jones made a variety or oral “representations” to Hurdis to induce him to appoint Jones as his trustee, which he did in May 2019.

i) that Hurdis should appoint Jones as his trustee in bankruptcy and that potential claims against him by guarantors arising out of a failed company of which he was a director would not be able to be prosecuted against him;

(iii) that by recording all of the creditors of the company as if they were his creditors, it would be a “cleaner” way for the Applicant to deal with his creditors and to manage any issues concerning them;

(iv) because the Applicant had entered into a financial agreement with his spouse for the purposes of the Family Law Act, (well before the bankruptcy), his circumstances were “bullet proof” and his creditors would not be able to enforce a claim;

And so it went, with Hurdis in essence alleging that Jones made bankruptcy seem all but painless.

The representations Jones allegedly made to the second respondent prior to being appointed Coombs’ trustee in 2016 are of a similar flavour.

“(i) that he would deal with Workcover who (sic) had been the petitioning creditor in his estate by accepting an appointment as the Second Respondent’s Trustee;

(ii) that nothing would be done for some months in the administration until all the “who-ha” following his appointment had died down;

(iii) that he could submit a section 73 proposal to his creditors when Workcover had lost enthusiasm in pursuing the matter;

(iv) that the effect of a section 73 proposal would be to release the Second Respondent from his bankruptcy and that he would not have to pay Workcover the sums that they were demanding;”.

Hurdis’ claim makes much of a letter from Westpac Bank to Jones dated February 12, 2016 “in which Westpac advised the Trustee that the Second Respondent (Coombs) held an interest in an account with them, with a balance $515,999.10”.

The pleadings refer to Jones’ report to Coombs’ creditors dated February 15, 2016, which makes no reference to the Westpac account, advising creditors that apart from $2,136.34c contained in two ANZ accounts “I note responses from other financial institutions to date indicate no other accounts held by the bankrupt.”

Next comes a letter from Jones to Westpac dated March 4, 2016 in which Jones acknowledges that Westpac had advised him of the existence of the account in which Coombs has a joint interest with his partner in the account, which held $515,999.10c.

According to Hurdis Jones never claimed the money during Coombs’ bankruptcy. A letter from the trustee to Westpac dated March 11, 2019 is included to support that contention.

In it Jones advises the bank that the account holding the $515,999.10c was “established as an offset account to the secured debt ….”.

This refers to a property at West Pennant Hills, the proceeds of sale of which Hurdis claims accrued to Coombs partner, Veronica Mariana Caceras.

“Please proceed to take instructions form the account holders in the usual manner.”

Jones has since settled with Coombs and Caceras so Coombs’ participation in the Hurdis proceedings may be in doubt.

Hurdis claims Jones’ alleged attitude towards his own bankruptcy changed in October 2020 and that the change coincided with the passing of the Hurdis and Coombs files to Nicole Greentree, who had joined Jones Partners from BPS Recovery.

Hurdis alleges that Jones contacted him and told him he needed to pay $250,000, “and that if the amount was paid over time, he would not miss it and the amount would mean nothing to him.”

Jones also allegedly told Hurdis that if he refused Jones would go after a holiday home Ms Chua’s parents supposedly own in “a nice part of the world”, that he would make a claim for $1.5 million being half the value of Ms Chau’s home in Neutral Bay and that “if the Applicant did not pay him, he would take steps to involve the Applicant’s family and his wife’s family in the bankruptcy.”

Hurdis alleges that these statements – among others – were made to him orally by Jones with Jones Partners’ senior manager Nicole Greentree and supervisor Vinod Girdhani present.

Jones denies that any such representations were made and told iNO that contextual discussions have been taken out of context.

Federal Court judge Brigitte Markovic last week ordered Hurdis to file a response to a letter from Jones’ lawyers at Clyde & Co requesting “further and better particulars” along with any amended statement of claim by April 11. Jones will then have till the end of the month to decide how he responds.