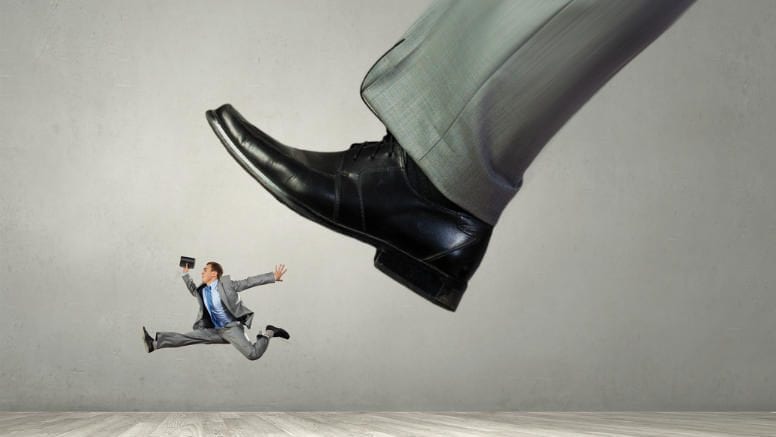 The bankrupting of a former insolvency firm partner who’s worked at Jirsch Sutherland and Cor Cordis has triggered a wave of appointments, some of which have subsequently been overturned by the ATO.

Samuel Henderson, who left Jirsch Sutherland in 2013 and then spent time at Cor Cordis before going out on his own, was bankrupted on Thursday, August 29, 2019 on the application of liquidator Mike Smith of Smith Hancock.

Smith has been chasing the insolvency practitioner since September 2017 when the NSW Supreme Court awarded him judgment In the matter of Central Management (NSW) Pty Ltd (in liquidation) ACN 139 989 852 [2017] NSWSC 1258.

After repaying all but $22,000 of the $113,000 the court ruled he was was liable for, Henderson failed to make the final payment and Smith, who was appointed to wind up Central Management (NSW) on the application of the ATO, bankrupted him.

On the corporate insolvency side of the story however things are more complex.

Several companies seemingly owing Henderson millions of dollars have been placed into voluntary administration (VA) by a director who had replaced Henderson in that role and the ATO, which is a creditor in his bankruptcy for some $2.6 million, objected on several occasions to the choice of IP.

On July 2, 2019 Jirsch Sutherland partner Sule Arnautovic was contacted by solicitor Thomas Russell of Piper Alderman in relation to a possible appointment as VA.

According to Arnautovic’s DIRRI of July 15, 2019 “Mr Henderson attended the above meeting in his capacity as a director of both NPC Consulting & Advisory Pty Ltd (NPC) and Spartan Specialised Labour & Equipment Pty Ltd (Spartan).

“Both NPC and Spartan are creditors of the companies per the advice of the director of the Companies,” Arnautovic said.

Arnautovic also declared that Jirsch had not acted for Henderson, NPC or Spartan in any capacity since Henderson left Jirsch in April, 2013. But for the ATO, the connection was problematic.

On July 23 the first meeting of creditors was held. Attending by phone was the ATO’s Daniel McKnoulty.

According to the Minutes of the Meeting, McKnoulty objected to the proofs of debt lodged by NPPC – $4.929 million – and Spartan – $1.510 million and told the meeting that the ATO was concerned Henderson may be a shadow director. Insolvency News Online makes no such assertion.

Arnautovic agreed to provide McKnoulty with the invoices and reconciliations supporting the Henderson entities’ claims and also agreed to admit the proofs for a value of $1 for voting purposes at the first meeting, given there was scant chance of any contentious motions or resolutions being put to the meeting.

McKnoulty then expressed concerns the ATO had about independence, telling the meeting among other things that the ATO was surprised that Jirsch Sutherland accepted the appointments.

That’s not something any insolvency firm would want to hear coming from Australia’s largest and most active creditor but Arnautovic did what he could.

He referred to his DIRRI. He advised that neither he, nor joint appointee Trent Devine or Jirsch Sutherland had acted for Henderson and that they had no knowledge of what role if any Henderson may have had with the companies outside his connection via NPC and Spartan.

Arnautovic also dismissed as irrelevant McKnoulty’s concerns about the fact that Russell was acting for Henderson and for the companies, or that Russell had discussed the appointment with Henderson prior to referring the job to Jirsch.

“It is not uncommon for a director of the a company, the solicitor for a company and the company’s major trade creditors to meet before an administration,” Arnautovic said.

Arnautovic also reiterated that the VAs have ” .. complied with all independence and disclosure requirements as imposed on them at law”, noting that ” … 2013 fell well outside the general 24 month recommended disclosure period for relevant relationships”.

After using his casting vote as chairman to push through a deadlocked motion to have the company wound up Arnautovic told the meeting that neither he nor Devine wished to act as liquidators of Robust and Robust 2 on the basis that a perception of a conflict might arise.

In response to our inquiries Arnautovic told iNO that it wasn’t till after they had been appointed VAs that the ATO put he and Devine ” …. on notice of matters concerning Mr Henderson.

“Having considered the matters raised by the ATO, and the need for them to be thoroughly investigated, we adopted a conservative approach to avoid any perception of a conflict. Accordingly, we declined to take the appointment as liquidators,” Arnautovic said.

After voting in favour of the motion to wind up Robust and Robust 2 Arnautovic told the meeting that he had requested that the ATO source consents from alternates.

Grant Thornton’s John McInerney and Phil Campbell-Wilson were duly appointed as liquidators and, as it turns out, it’s not the first time they’ve consented to act as replacements for an IP with Henderson history.

At the time of Frisken’s appointment as VA on August 22, 2018 Henderson had been ex-director of Fold for less than three months.

Like the situation with Robust, Henderson was also the director or controller of Fold’s main creditor, Fifteen Investments Pty Ltd, which had paid Frisken $10,000 for fees and expenses.

Frisken worked at Jirsch Sutherland at the same time as Henderson which may have been what compelled the ATO to install McInerney and Campbell-Wilson. On November 21, 2018 the pair released a supplementary report containing some telling statistics.

“Over the past 10 years the Former Director (Samuel Henderson) had been an officeholder of 47 companies, 30 of which are in either external administration, subject to strike off action or have been deregistered,” the GT pair reported

“Over the past year the Current Director (Raymond Brahe) had been an
officeholder of 15 companies, which the Former Director (Samuel Henderson) had also been an officeholder of.”

The day he was bankrupted Henderson initiated a rash of appointments, with Deloitte’s David Mansfield picking up seven liquidations and Louttit & Associate’s Jamieson Louttit accepting three appointments as VA. Henderson paid a $25,000 indemnity for his fees.

4 Comments on "ATO replaces VAs as IP succumbs to sequestration"