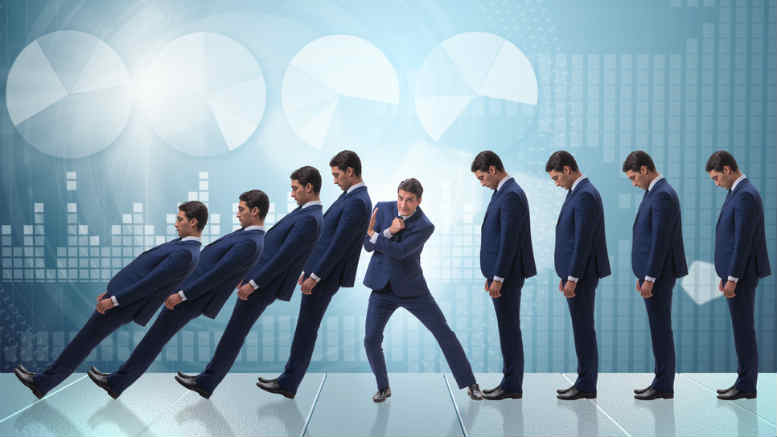 An accounting practice principal has insisted that his firm has no referral relationship with Hall Chadwick despite referring multiple appointments to Hall Chadwick’s Sydney practice and engaging the wife of a Hall Chadwick staffer as a bookkeeper.

During public examinations in the Federal Court last month Hafez Alameddine, principal of Macquarie Accountants, answered “Privilege. No” when asked if a “referral arrangement” existed with Hall Chadwick.

Alameddine, whose cousin Yahya Alameddine has been the director of at least half a dozen payroll and other companies to which Hall Chadwick partners Richard Albarran and Brent Kijurina have been appointed, was in the witness box in response to a summons issued by BRI Ferrier’s Peter Krejci.

Following an application by the Australian Tax Office (ATO) Krejci replaced Albarran and Kijurina as liquidator of KEM Group on August 4, 2017, a payroll company started by Yahya Alameddine on June 30, 2016.

The Hall Chadwick pair had been appointed liquidators by creditors voluntary resolution on July 7, 2017 so the company lasted little more than a year.

On the same day in 2017 Krejci also replaced Albarran and Kijurina as liquidators of another payroll company known as ABT Enterprises.

iNO makes no assertion of wrongdoing against the former liquidators or the examinees.

This company was incorporated in January 2016. Like KEM Group Yahya Alameddine was sole director and shareholder.

DIRRIs lodged with ASIC show that in one instance at least, Hall Chadwick consultant Sam Francipane was first point of contact for Macquarie Accountants.

The minutes of a meeting of creditors of ABT Enterprises chaired by Kijurina on August 4, 2017 reveal that it was the Hall Chadwick pair who reported issues around Yahya Alameddine’s companies to the ATO.

That apparently prompted the ATO to seek a consent from Krejci, perhaps because the ATO became concerned about the number of appointments that had flowed from Yagoona to Park Street.

When asked by an ATO official attending the meeting how many referrals from Macquarie Accountants had resulted in appointments for Hall Chadwick, Kijurina replied that he wasn’t certain but estimated it would’ve been six or seven since July 2016, a number he said he did not consider material to the firm.

Six or seven in 12 months might not be material but it’s not insignificant either.

After Hafez Alameddine insisted that there was no referral relationship, Krejci’s counsel Alwyn Narayan from Craddock Murray Neumann asked if he had ever recommended other insolvency firms to his clients?

The tone of the questioning indicates that the ATO wants to get to the bottom of why the payroll companies were ever incorporated and how they could’ve failed so quickly owing such substantial sums. Others iNO is aware of have already been deregistered.

Yahya Alameddine admitted during his examination that he had no accounting experience or qualifications to assist him in his duties as a director of payroll companies.

He told the court that he had decided to “give it a go” after another family member, Mohammed Alameddine, a kitchen manufacturer, suggested it.

Problems arose however in regard to unpaid superannuation entitlements for employees of KEM Group’s and ABT Enterprises’ clients.

The court heard of group emails raising the issues that were sent to Hafez Alameddine and another examinee, Jennifer Wolfgramm, who is a former Hall Chadwick staffer and was engaged for a time by Macquarie Accountants as a bookkeeper.

One of the most notable features of the email chains was that was that the payroll companies’ director, Yahya Alameddine, was never copied in.