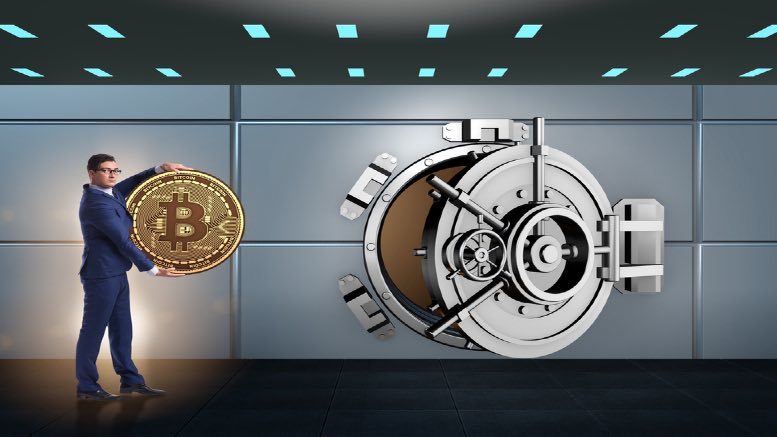 Gold Coast solicitor Chris Nyst could have the makings of a momentous new novel at his fingertips following ASIC’s ex-parte application for orders freezing the assets and confining to the jurisdiction Heidi Elizabeth Walters and Aryn Henry Hala.

“The significant difficulty for ASIC is that, by its nature, cryptocurrency is easily transferred and moved about. Moreover, it can be moved only by persons possessed of particular codes. Presently, such codes appear to be in the possession of Mr Hala and Ms Walters.”

Nyst’s son Brendan is representing Walters and Hala, both 40 of Redbank Plains in the proceedings, which ASIC commenced via an originating process filed in the Federal Court’s Queensland registry on October 20.

As is revealed in the judgment of Justice Derrington – though the Federal Court has not deigned to identify whether it’s his honour Roger or her honour Sarah – ASIC made the application urgently and ex-parte based on concerns that tens of millions of dollars alleged to have been wrongly leached from self managed super funds (SMSF) could be spirited out of the reach of John Lindholm and Tim Michael, the KPMG partners ASIC had appointed as receivers as part of its application to end the allegedly fraudulent activities of Walters, Hala and their company, A One Multi Services Pty Ltd (A One).

If that’s not the stuff of a rollicking good yarn for the digital age then iNO does not know what is.

In the judgment, which was only made public five days after the freezing and other orders were granted, the judge was at pains to say that while the regulator had established a prima facie case for misleading and deceptive conduct, ASIC’s investigations were embryonic, ongoing and no findings of wrongdoing have been made against Walters, Hala or corporate defendant A One.

Nyst Senior’s novel however might potentially be written from the perspective of Lindholm and Michael, who were charged with the unenviable task of recovering top to $25 million in funds invested in the A One scheme that have allegedly been reprocessed into bitcoin.

We say were because if the algorithms are in the receivers’ favour the KPMG duo may well have already will recovered the codes and other information necessary to secure bitcoins with a value of between $7 million and $22 million which ASIC told the court are in the possession of Hala.

The judge ordered that the information necessary for the receivers to secure the bitcoins be delivered to them by 5:00pm, October 23, 2021.

Neither Lindholm or Michael however could confirm when contacted today if the order had been complied with by the deadline or not.

As the judge recounted in Australian Securities and Investments Commission v A One Multi Services Pty Ltd [2021] FCA 1297 the three defendants – Walters, Hala and A One Multi Services – must deliver to ASIC and the receivers a list of the locations of all cryptocurrency held or controlled by the defendants together with the public access keys for any soft or cold wallets held or controlled by the defendants and the nature and amount of the cryptocurrency held in any such wallets.Walters and Halal have in a bank in the Philippines

Lindholm told iNO this morning that one of the challenges with being appointed to fintechs was that it was difficult to know the extent of the assets and therefore whether compliance is complete or partial.

Adding to the ex parte urgency were concerns of dissipation, no doubt fulled by withdrawals amounting to $200,000 over 18 months and as recently as July 2021 from personal accounts Walters and Hala have in banks in the Philippines.

Nyst Senior could stack great fictional hay out of the Philippines connection, but an exotic foreign domicile is not the only notable feature.

Most of the estimated $25 million invested from 92 investors and 60-odd SMSF accounts has been funnelled into two A One accounts controlled by Hala, who is sole director and Walters, who resigned as sole director in 2019.

The accounts are with CBA and ANZ. ASIC alleges that not only has money been utilised to fund the defendants’ lifestyles but since 2019, $2.3 million has been transferred to 24 SMSFs controlled by individuals who have either participated in other companies controlled by Hala and Walters or are connected to the defendants via social media.

Lindholm and Michael will be hoping like hell that ASIC’s investigation is airtight.

Nyst Senior meanwhile will be backing his heir to provide the defendants with the best representation possible, and perhaps some insights to assist with the weaving of a traditional Gold Coast tale of greed and dumb money with a 21st century twist.

Be the first to comment on "ASIC crashes SMSF crypto party"