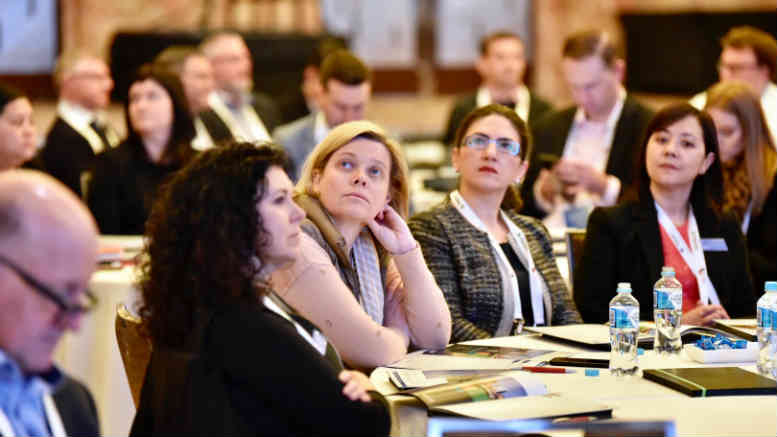 The ARITA National Conference concluded yesterday after two days characterised by variety, colour and the balance of the event’s content.

Interested in the emergent role of the chief restructuring officer (CRO)?

None other than Mohsin “Mo” Meghji was on hand, recounting in an absorbing Q&A his experience as CRO of iconic US department store Sears Holdings and Toys ‘R’ Us.

Wanting to understand the implications flowing from the Royal Commission into the Banking and Financial Services sectors?

Then hear from no a less a legal luminary than Michael Hodge QC, one of the senior counsel assisting Royal Commissioner Kenneth Hayne and in the eyes of many ARITA members attending the headline act.

If funding opportunities beyond the banks are your thing then the New Money sessions delivered, with insights from the coal face of non-bank lending coming from Adrian Loader of Allegro, Ryan Levin from Wingate and Matthew Tehan from Houlihan Loukey.

The omnipresent issue of illegal phoenixing was canvassed in an engaging Q&A between ARITA CEO John Winter and barrister Kat Brazenor, who was lead counsel during Pitcher Partners’ mammoth public examination of witnesses connected to the $100 million phoenixing and tax evasion racket allegedly conducted by the Armstrong Shaw Group in Melbourne.

The equally omnipresent issues of mental distress accompanying financial distress were laid out in disturbing and compelling detail by Beyond Blue CEO Georgie Harman while hope was brought into the discussion by economist and former Coalition leader Dr John Hewson, who did a great job of detailing the emerging threats to Australia’s economy but was less voluble on the means by which our economy might remain resilient.

Whilst the good doctor’s assessment woulds likely have petrified anyone other than an ARITA member or insolvency practitioner, he did observe to the merriment of most in the room that he was happy Bill Shorten lost the Federal election in May because it meant after two decades someone else could at last carry the tag of losing the unloseable election.

The use of mediation and other alternative dispute resolution practices in insolvency and turnaround where ably canvassed by Kiwi QC Paul Heath, accredited mediator Lara Bishkov and PwC’s Chris Hill, who provided some excellent insights into how the mediation process can facilitate compromises that could never be aired by parties locked in litigation.

With a recent bone graft still healing in her wrist, ASIC’s Senior Executive Leader Insolvency Practitioners Thea Eszenyi told her audience that ASIC needs to “enforce the law” when it comes to liquidators doing wrong but that not every breach by a liquidator necessarily attracts an admonishment.

This was a position that your correspondent, who is aware of ASIC’s inadequacy as an agent of enforcement, found difficult to hear.

While it is correct for ASIC to tell liquidators “don’t break the law”, it is equally correct that the community expects ASIC to enforce the law and impose penalties.

The paucity of action taken in proportion to the great volume of reporting of misdeeds by directors provided to ASIC by registered liquidators undermines any sense that the regulator should be respected.

On the upside, Eszenyi revealed that the Assetless Administration Fund (AAF) would hold almost $8.5 million in this financial year, that ASIC was ready to fund early stage investigations such as public examinations and that practitioners should apply, even if it was an asset recovery matter.

Eszenyi also spoke about the number of liquidators shrinking, saying she had received an email yesterday from a practitioner wanting to hand in his ticket, having gone 10 years without accepting an appointment.

She also said ASIC was having discussions with a number of liquidators about voluntary suspensions whilst they dealt with health issues, something which prompted Bentley’s Kate Barnett to ask what ASIC was doing about female practitioners on maternity leave given they are currently disadvantaged by the 40 hours a year of continuous professional development (CPD) requirement attaching to liquidator’s registrations.

No resolution yet exists but Barnett showed the inconvenience hasn’t tipped her off balance by winning the Link Services‘ closest-to-the-pin virtual golf game, as evidence by the image below.

We’ll have some more in-depth coverage of various presentations and themes coming out soon and in the meantime please take a moment to support INO’s continued chronicling of the insolvency sector.

Be the first to comment on "ARITA National Conference 2019"