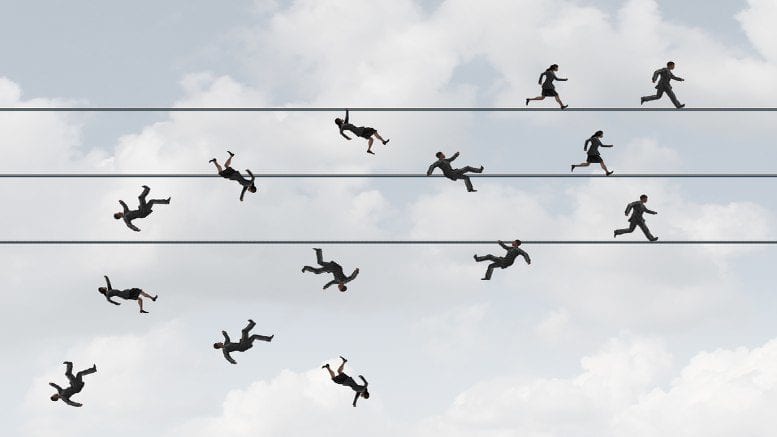 Sivaa Consulting’s analysis of ASIC’s latest insolvency statistics are out and the ravages wrought by measures imposed to combat COVID 19 are plain to see with registered liquidators reporting average declines of 50 per cent in formal appointments for the first half of FY 2020/2021 compared to the previous corresponding period.

The pain was even more apparent in respect of VAs where appointments were down 50 per cent to 375.

As an aside, a lower level of appointments over a longer period may be preferable given ASIC statistics for January 2021 show that at 631, Australia’s liquidator population is at its lowest level in 20 years.

The squeeze however was most apparent in court-appointed liquidations where numbers fell from 1,279 to 246, representing an 81 per cent plunge as the ATO placed an unofficial moratorium on winding up applications.

Report author Tony Sivaa said that the initial expectation of a “tsunami” of appointments had transformed over the last six months to a realisation that government support for business would likely ensure appointment flow was more constrained.

As an aside, a lower level of appointments over a longer period is preferable given ASIC statistics for January 2021 show that at 631, Australia’s liquidator population is at its lowest level in 20 years.

“Some leading practices are down 60 per cent plus in appointment volumes,” Sivaa said, adding that the average overall decline in appointments including deeds of company arrangement but excluding receiverships was 50 per cent, which he said made the sector ripe for disruption.

“The is year will bring change,” Sivaa said. “Be it the way insolvency practitioners operate, mergers and acquisitions, or the growth strategies that have been relied upon in previous years, change is imminent,” he said.

“Whilst this report paints a grim picture of the period that was July 2020 – December 2020 we can hope the worst is over and that insolvency practitioners can resume operating in the new normal soon.”

When it comes to national market share for example, Worrells continues to have the edge with 171 files under management, though only firm insiders would know what level of profitability that represents.

In terms of the front runners the big mover since the first half 2019/2020 numbers has been Jirsch Sutherland, which has lifted from ninth to fourth place. KordaMentha has slipped from fifth placed to ninth.

Firms that have fallen out of the top 20 over the last 12 months include O’Brien Palmer, PwC, PKF and Vincents.

When it comes to individual practitioners, Hamilton Murphy’s Steve Dixon has his name on 47 files.

Only one file then separates each of the next three top performers with Mackay Goodwin’s Domenic Calabretta with 46, Deloitte’s Richard Hughes with 45 and Chifley Advisory’s Gavin Moss with 44.

To view the full report go to: