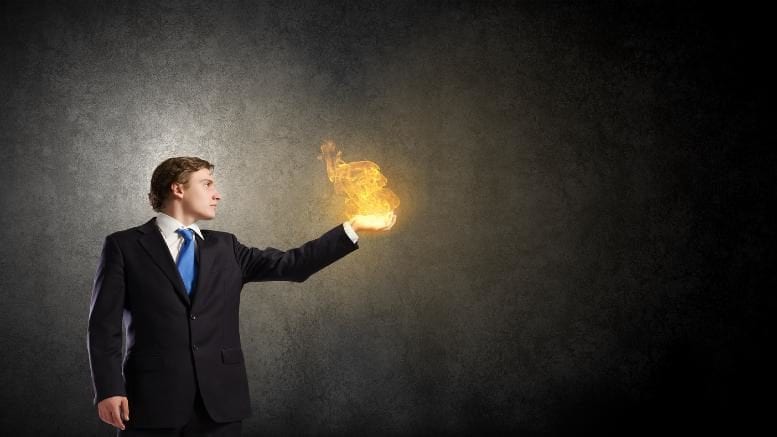 There were testy exchanges in Federal Court room 19B yesterday, and it wasn’t just the examinees being put to question by counsel for Brooke Bird’s Robyn Erskine who were getting hot under the collar as the air conditioning failed.

More than once barrister Scott Aspinall remarked about the oppressive atmosphere in the court where he has been grilling individuals associated with failed builder North Shore Property Developments (NSPD).

iNO readers may recall that Erskine was appointed liquidator of NPSD by the courts after her predecessor David Iannuzzi of Veritas Advisory was forced out by the ATO, the tax personage being dissatisfied with the original appointee’s efforts.

“You’re 25 years old, a company is paying you nearly a million dollars and you can’t tell me why. Is that your evidence?” Barrister Scott Aspinall.

Federal Court Registrar Susan O’Connor agreed with the complaints about the stifling conditions, allowing what seemed to iNO slightly more than the usual number of adjournments so examinees, their legal representatives and court staff could escape the sweaty miasma of an insufficiently ventilated court, though it seemed to be agreed in general discussion that to exit the building on Sydney’s Queen Square, procure a coffee and return would take a minimum of 15 minutes.

At least as much heat however was being felt by the examinees, who are being questioned about the large sums of money Erskine alleges NSPD paid out to entities and individuals associated with director John Haddad.

The court heard of $449,000 paid to extinguish the balance on Haddad’s Citibank credit card and $27,000 paid off his parent’s home loan.

Aspinall: Why was the $500,000 sent overseas? You directed it didn’t you? The bank records show that $500,000 was sent as an international monetary transfer?

Haddad: “Privilege I’m not sure,” Haddad replied, before suggesting it might have been to pay accountants fees.

Q: Why would NSPD make an international money transfer? You authorised it didn’t you?

Aspinall asked him why on April 8,2014 he’d authorised the payment of $550,000 to The Haddad Group, a company controlled by his younger brother Eddy Samuel Haddad, 31 of Brighton Le Sands.

Aspinall: “What was that for? What was the Haddad Group doing for NSPD that it would need to be paid half a million dollars?

Haddad: “Privilege, I’m not sure for what, for what reason it was.

Aspinall: “Did the Haddad Group do any work for NSPD?

Privilege: “Maybe construction? I’m not sure for what,” John Haddad said.

The court also heard that one of the accounting firms used by NSPD was Banq Accountants, a firm many will know is at the heart of investigations being undertaken not only by Erskine but also by KPMG duo Gayle Dickerson and Stephen Vaughan as the liquidators of multiple companies wound up by Iannuzzi following referrals from Banq Accountants.

After Iannuzzi agreed in 2019 to an order cancelling his liquidator’s registration and banning him from reapplying for 10 years a suite of deregistered companies under the RC Group banner were reinstated and Dickerson and Vaughan appointed liquidators.

Their investigations have also led to public examinations of the principals and owners of Banq Accountants, among which several are to be examined in the witness box by Aspinall on behalf of Erskine today.

We wonder if the appointees are swapping transcript to keep costs down, or if they are prohibited from doing so by Auscript Australasia’s coyright?

After Haddad had spent several discomforting hours in the witness box Aspinall asked Registrar O’Connor to adjourn the director’s examination so he could source records that would help him to respond to multiple questions about why he authorised payment of a particular sum to a certain entity or individual.

It wasn’t explained why any such records had not been captured by notices to produce.

That adjournment brought John Haddad’s younger brother Eddy to the witness box and it didn’t take long for the director of Level 33 Construction Pty Ltd to get hot under the collar.

“You’re coming across quite aggressive, and I don’t like that,” Haddad told Aspinall after Erskine’s counsel had spent 15 minutes probing the examinee’s background as a project manager in his early 20s.

“I’m the one here who’ll pull Mr Aspinall into line,” Registrar O’Connor reminded Haddad, who went on to tell the court that he had a very limited capacity to recall past events due to a traumatic incident on an Australia Day some years ago when one of his five children had almost died.

“My memory has literally gone away from me,” he told the court, explaining that he had never sought treatment for the condition and instead dealt with it by making copious notes.

Aspinall: “Is it the case that you have no recollection of when you began working for NSPD or what your wage was?

Haddad: “Privilege no. “Sometimes I even forget when my son’s incident was.”

Futher evidence of this recollective infirmity was evidenced as Aspinall asked the examinee about large sums paid to him or his companies back in 2014.

Haddad: Privilege I’m not sure.”

Taking the witness to traces of banking records obtained by Erskine Aspinall asked: “On April 8, 2014 this is a payment of nearly $1 million from NSPD to you and your company. Why? Can you give me any justification as to why it was paid to you?

Aspinall: “How would you find out?

Haddad: “From my accounts department.

Aspinall: “You’re 25 years old, a company is paying you nearly a million dollars and you can’t tell me why. Is that your evidence?”

And on it went. Like his brother John, Eddy Haddad’s examination was also adjourned till Monday to allow him to source records that would assist him to respond to the liquidator’s inquiries.

By that time the air conditioning kicked in, but as the examinee left the court iNO can’t say for sure that he was feeling its soothing effect. Support INO’s continued chronicling of the insolvency sector.