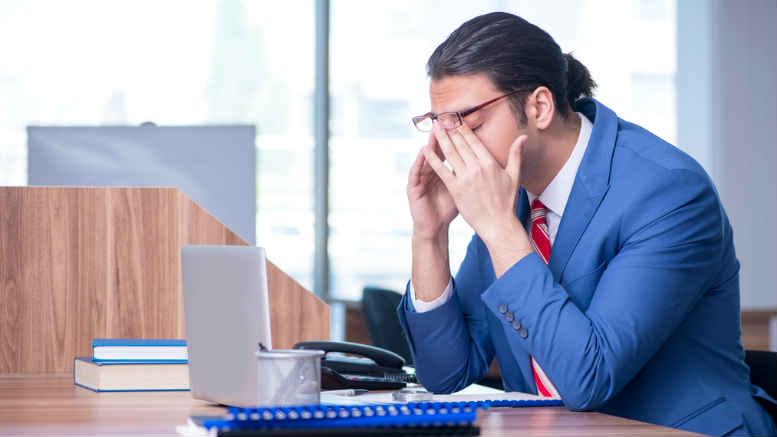 Imagine, if you are so predisposed, a day when the ASIC database communicates with itself.

There it’s compared with every relevant byte of meaning already saturating ASIC’s deep reservoir of data.

At quantum computing speeds, the digital litmus satisfies itself, classifying the intel as compliant with the myriad rules and regulations that have been applied, both to it and to all relevant material already in that database, thereby ensuring no conflict or contradiction, and no derailment or re-routing of an approved course of action already underway.

Imagine too when the filing of information that conflicts with information already accepted precipitates an immediate red flag, warning those attempting to lodge the problem document, as well as those within ASIC responsible for the database’s integrity and operation.

A system that prevents errors, run by an artificial intelligence so scrupulous it won’t take your money until what’s entered’s tickety boo.

Now imagine leaving these preposterous realms of fancy. Imagine returning to where imagination has no place and insolvency practitioners deal with a system as discriminating as a post box, an unquestioning interface that accepts contradictory information without blinking.

As iNO reported on Wednesday, PKF’s Brad Tonks was appointed liquidator of Hawkesbury House Pty Ltd in June this year after a creditor made application to the courts seeking to have Farnsworth Carson’s Adam Farnsworth replaced.

The court agreed to make the orders sought but declared that the ruling should not be inferred as representing an adverse view of Farnsworth’s handling of the job.

It was Farnsworth after all who had identified the issues the applicant creditor wanted investigated but because he had been appointed by the company’s members and had admitted a related party debt the applicant wasn’t prepared to fund him.

Once Tonks got in he obtained the files etcetera and got to work. But on July 25, Farnsworth lodged a Form 5603 End of Administration with ASIC.

Commensurate with the mechanism contained within 5603, Hawkesbury House was deregistered on October 25, 2019.

That was five days before Tonks lodged his Outcome of proposal to creditors or contributories without a meeting for approval of his fees but the effective date of that document was October 23, 2019.

Although iNO understand ASIC has the power to reverse inadvertent deregistrations, our mail is that the regulator prefers practitioners to apply to the courts, a process that potentially sucks thousands out of the pot for creditors, in the unlikely event that any is left for creditors or even appointees.

We sought comment from Farnsworth and Tonks but had not heard back from either prior to deadline.

The circumstances however mirror what happened to PwC’s Andrew Scott and Scott Pascoe after they were appointed to replace liquidator Peter Amos earlier this year and the latter then lodged a 5603.

The two Scott’s had to make application to the court for reinstatement and with the impetus on Amos to shield creditors and his replacements from the consequences, he arranged to cover the $10,000 reinstatement cost himself.

These examples suggest guidance provided in ASIC Corporate Insolvency Update – Issue 8 and ASIC Corporate Insolvency Update – Issue 11 has yet to saturate throughout the regulated population, and until that guidance is taken up or the ASIC database starts acting like something that belongs in the 21st century, 5603 slip ups are likely to continue.

Those with access to the ARITA membership site can find a detailed explainer at: Practice alert: Clarity on the application of section 509

Have you replaced an appointee and then discovered the company’s been deregistered? Let iNO know. We’d like to compile database of this phenomena, and we guarantee this database will speak to itself. Support INO’s continued chronicling of the insolvency sector.

2 Comments on "Another inadvertent deregistration via 5603"