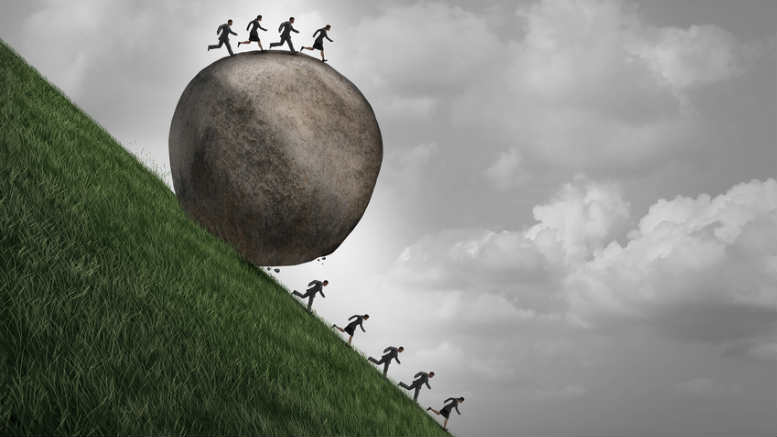 2017 is done, the numbers have come in and names of note appear among those firms that snared the lion’s share of external administrations (exad) in the year just gone.

According to a table of top performers assembled by lawyer Bruce Pasetti’s Stratos Legal, the firm that scooped the largest number of voluntary administrations (VAs) in NSW last year was Domenic Calabretta’s Mackay Goodwin, which notched up 35. Close behind was Jirsch Sutherland with 30 VAs.

Readers will be aware that both Calabretta and Iannuzzi have had some issues in recent times.

Back in 2016 Calabretta got himself into a deal of bother after accepting an appointment as VA of ASX-listed Condor Blanco Mines. Ultimately the court determined that the appointment was invalid because the directors could not have validly formed the view that the company was insolvent or about to become so.

After those directors were ousted Calabretta was ordered to pay half the costs of the application mounted by the new board seeking to have his appointment declared invalid.

Sources indicate he coughed up around $60k to cover the order but that might not be sufficient to placate the new Condor board. See: Invalid Administrator May Be Chased Over “Trespass”

Veritas principal Iannuzzi meanwhile featured several times in SiN in the latter half of 2017. That coverage followed the initiation against Iannuzzi of proceedings launched by the Deputy commissioner of Taxation (DCoT) in the Federal Court in September.

The DCoT is seeking an inquiry into Iannuzzi’s handling of multiple VAs and Creditors Voluntary Liquidations (CVLs) referred to him by Banq Accountants and has asked the court to ban Iannuzzi from holding a liquidator’s registration for 10 years. In December Iannuzzi filed a lengthy defence in which he denied the DCoT’s allegations. See: Liquidator Facing 10 Year Ban

A hearing as to whether an inquiry is warranted is set down for April but the tax office’s action does not seem to have had any negative effect on Veritas and its embattled principal.

The Stratos Legal rankings also reveal that Calabretta and Iannuzzi were top performers in the CVL stakes in 2017. Calabretta can probably thank David Hill, with whom he co-owns Australian Debt Solvers for some of that work flow.

As in VAs, Mackay Goodwin’s scored the most CVLs in NSW with 154, a full 30 appointments ahead of second place getter Worrells. Veritas was third in CVLs with 99, ahead of Cor Cordis and Jirsch Sutherland with 76 and 75 respectively.

Interstate Worrells and RSM were overall the most consistent performers with the former dominating every category of exad in Queensland. PPB Advisory meanwhile showed strongly in official liquidations, topping the stats in NSW and sharing first place with Rodgers Reidy in Victoria. See below for the full 2017 rankings.

12 Comments on "The top ranking insolvency practices of 2017"